However, not all mining firms have fared well throughout the COVID-19 pandemic, with Canaan’s stock falling nearly 70% since early January, and both Hut 8 and DMG Blockchain seeing scant YTD gains despite experiencing significant volatility this year.

While Bitcoin is up more than 26% from roughly $7,200 to $9,100 since the start of the year, the leading cryptocurrency’s gains have been dramatically overshadowed by a handful of firms mining it.

Hive Blockchain has seen a dramatic performance this year, rallying more than 420% from the start of 2020 until mid-Feb, from $0.066 to $0.345. The firm’s shares crashed back to $0.118 over the next month as immediate economic fallout from the coronavirus took effect. However, an expansion that saw the Hive double its mining capacity saw its stock rebound to test the $0.033 area by mid-May. 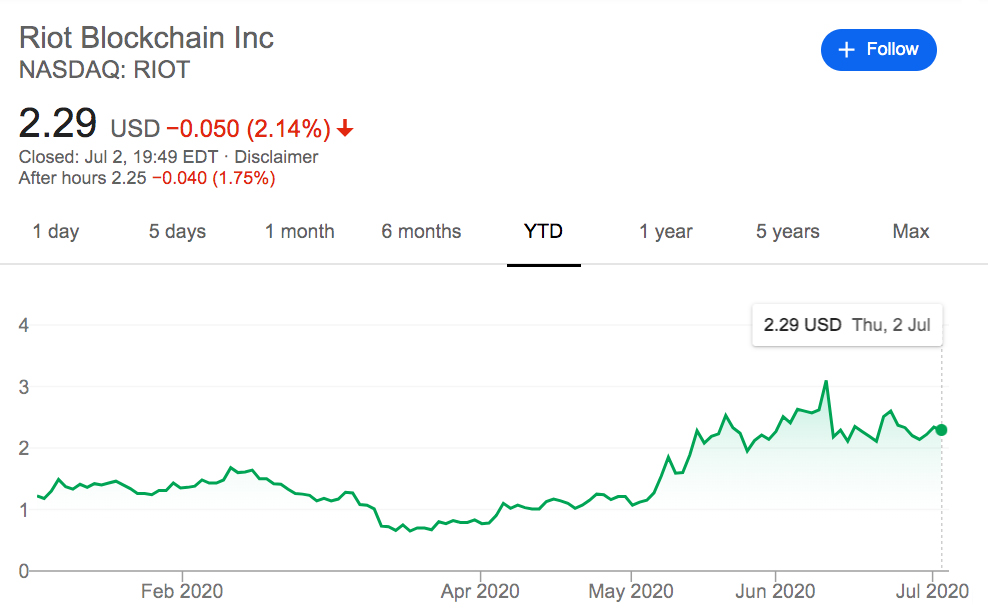 Riot’s recovery may have been boosted by announcements in May that its mining revenues had grown 70% in the first quarter year-over-year, plans to roughly double its hash rate after Bitcoin’s block reward halving, and the dismissal of pump-and-dump complaints against the firm.

Riot also expanded its total hash rate capability after establishing a hosting arrangement for its Antminer S17s with fellow mining firm Coinmint in April after facing disruptions resulting from COVID-19.

However, the gains enjoyed by Riot and Hive are certainly not indicative of all miners, with Canaan suffering huge losses over 2020 so far.

After starting the year at $6.02, Canaan shed over one-quarter of its value by mid-Feb — when a sudden spike pushed prices up to $8.04 in a single day. Canaan’s stock then plummeted to $2.81 in mid-March, before embarking on a steady recovery to retest $6 two months later. 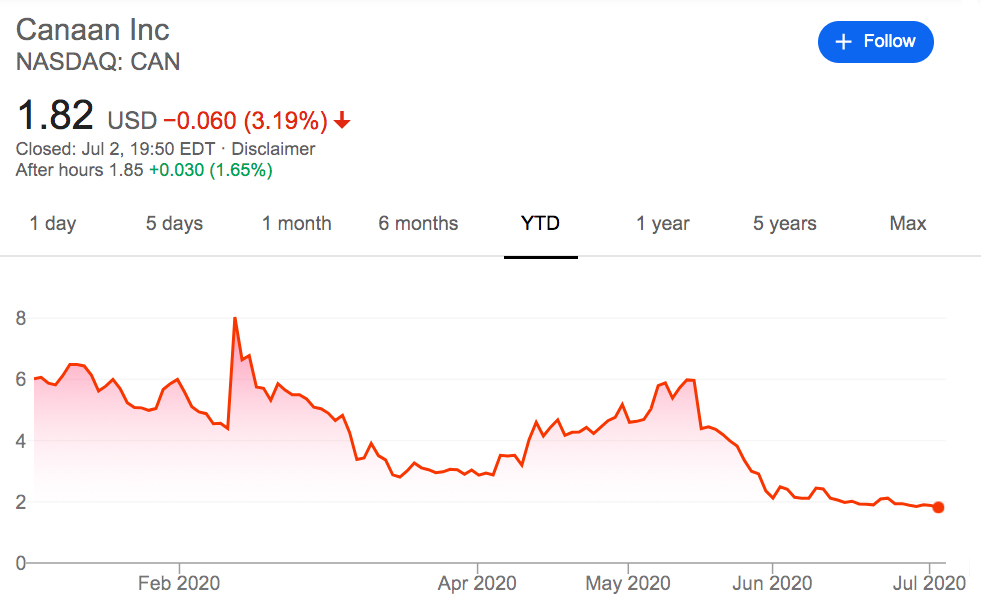 Since May 14, Canaan’s price has crashed by more than two-thirds to currently trade for $1.82.

While the YTD performance for Hut 8 and DMG Blockchain are currently sitting at an approximate break-even, both firms have seen extreme volatility during 2020. 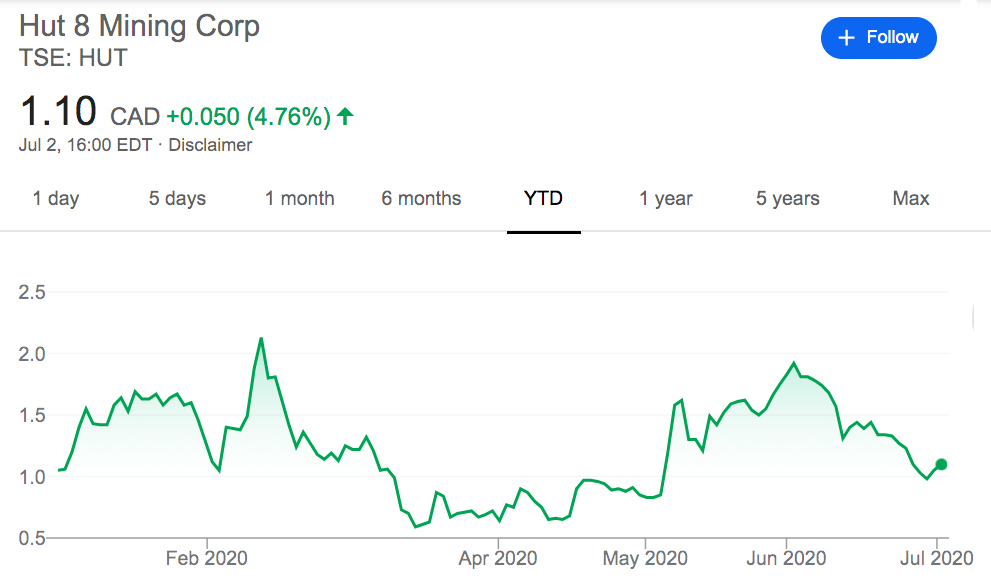 Both Riot and DMG produced sudden spikes of over 60% in February followed by crashes of at least 60% by mid-March and a recovery back to trade at early-January’s levels. 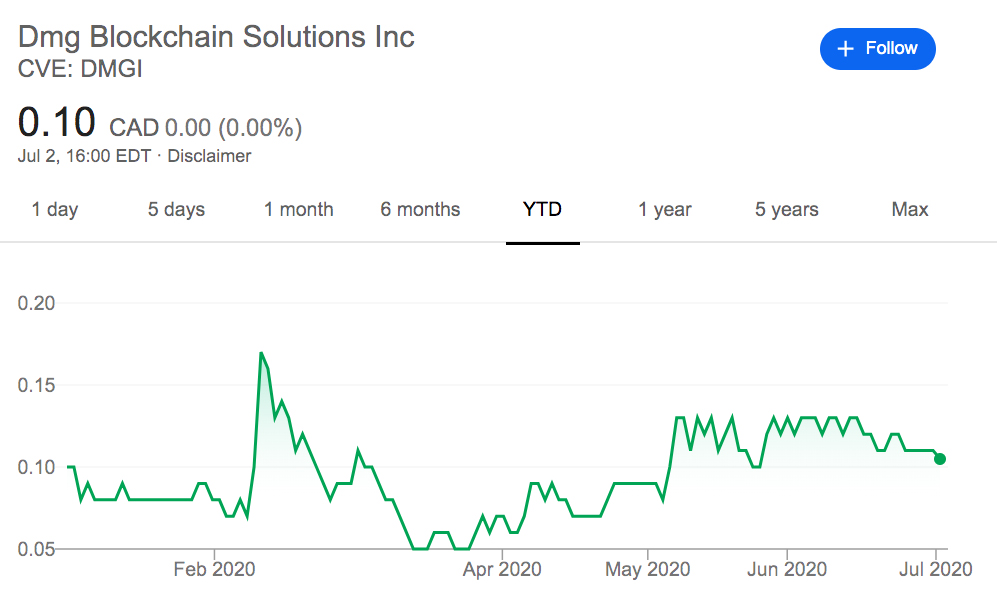