Data from Coin360 and Cointelegraph Markets showed BTC/USD now dropping below the tight $400 corridor between $7,100 and $7,410 where it had stayed for most of the week.

BTC price dives going into the weekend — $6.3K next?

As previously expected by some traders, the small price rise did not occur from the $7,200 levels going into Friday. However, the $6,900 has shown to be the first line of defense for the bulls. If this level fails to hold, then trader Michaël van de Poppe expects low $6Ks next.

“We might be getting a liquidity tap towards $7,500-7,700 area, after which I’m expecting a sharp decline,” Van de Poppe said late on Thursday.

All markets still gripped by fear

Meanwhile, the Fear & Greed Index shows a reading of 15, which means that the cryptocurrency market is still in “extreme fear.”

Comparatively, the traditional stock market is experiencing “fear” with a reading of 43, according to CNN Money, as markets bracing for a volatile close to a wild week, which saw trillions in new stimulus money announced by the U.S. Fed. 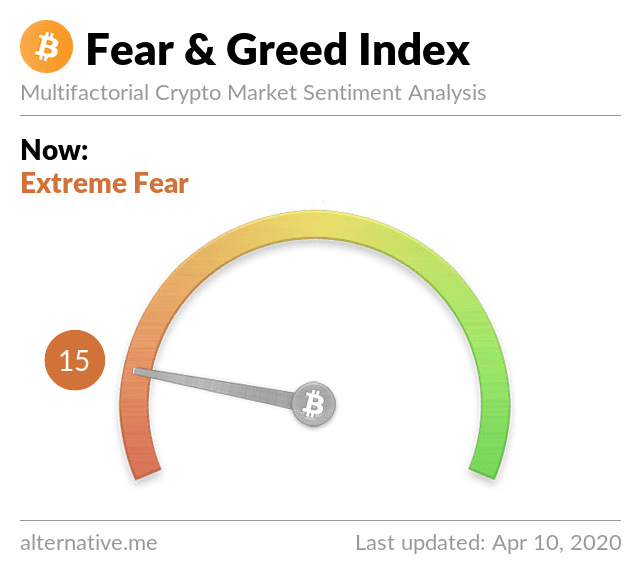 The total market capitalization has also slid below $200 billion. Also, despite their halving events this week, Bitcoin Cash (BCH) and Bitcoin SV (BSV) are down nearly 10% while Ether (ETH) dropped roughly 5.3%. Bitcoin’s market dominance is 64.1%.