Thursday, Nov. 29: cryptocurrency markets have come back down after a slight jump yesterday Nov. 28, with just a few of the top twenty coins seeing mild gains.

On its weekly chart, BTC has dropped over 5 percent, while its monthly losses are 5.15 percent, according to Cointelegraph’s Bitcoin Price Index. 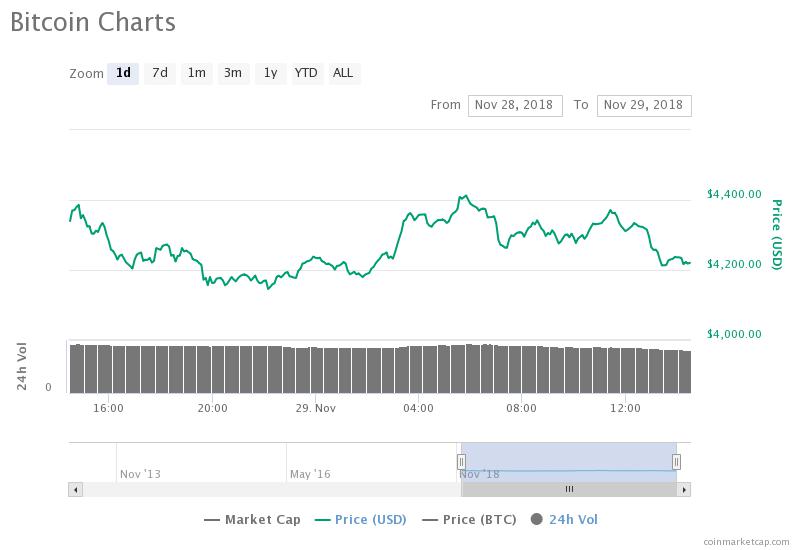 The second largest cryptocurrency by market capitalization Ripple (XRP) is also down around 5 percent over the past day and is trading at $0.376 at press time. XRP’s market cap is around $15 billion, and its daily trading volume is around $654 million. 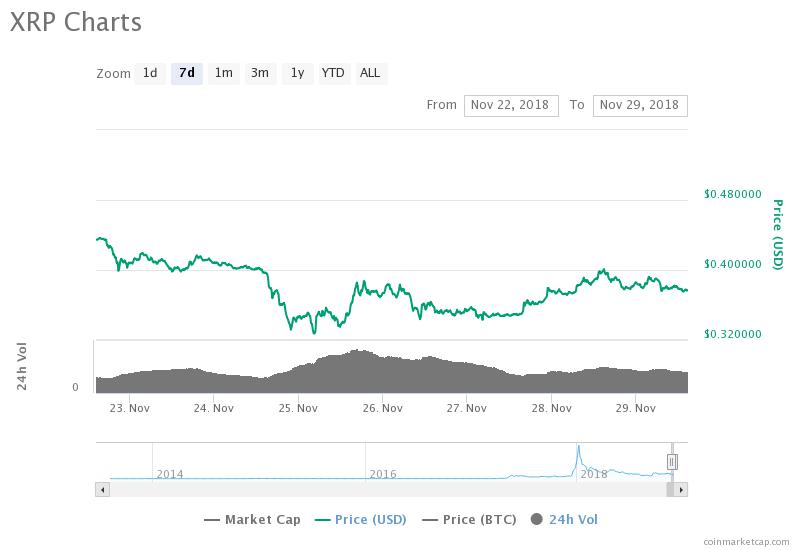 Ethereum (ETH) has also dropped by around 5 percent on the day, and is trading at around $117.99 at the press time. The third-largest cryptocurrency’s intraweek low was $101.77, while the highest price point was $131 on Nov. 22. On its monthly chart, ETH is down by over 9 percent. 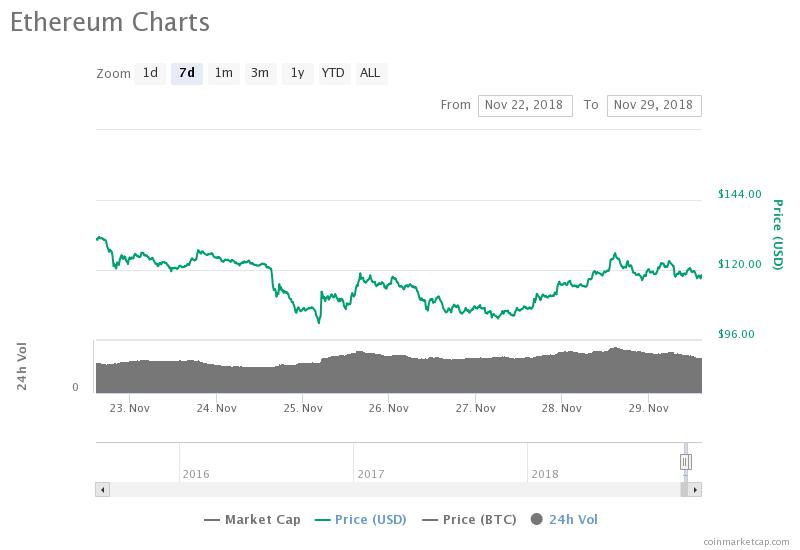 Of the top 20 coins by market cap, only TRON and Zcash are seeing slight gains, up 1.8 and 5.35 percent and trading around $0.015 and $86 respectively at press time. Today, Nov. 29, major U.S.-based cryptocurrency exchange Coinbase announced it has added support for Zcash on the Coinbase Pro platform.

EOS and Bitcoin Cash (BCH) are showing poor performance over the past 24 hours. EOS has lost more than 11 percent on the day, and is trading at around $2.96 at press time. The altcoin could not hold its position of the fourth cryptocurrency by market cap after it briefly overtook BCH on Nov. 22.

Total market capitalization of all cryptocurrencies is around $136.8 billion as of press time, up from the intraweek low of $115 on Nov. 25.