Saturday, Nov. 17: crypto markets have seen another mild decline, with losses across the top 20 coins by market cap reaching 4 percent over the past 24 hours.

In contrast, Ripple (XRP), which is still holding strong as the second coin by market cap, continues to see sufficient gains as of press time, according to data from Coin360.

After seeing a small rebound yesterday, the largest cryptocurrency Bitcoin (BTC) is very slightly down over the past 24 hours. As of press time, Bitcoin is down less than 1 percent on the day and trading at $5,560. The major cryptocurrency has seen some volatility during the day, with its price declining to as low as $5,490, while its intraday high reached $,5,616.

According to Bloomberg’s research arm Bloomberg Intelligence, the cryptocurrency market “drama” is “just starting,” with analysts predicting that Bitcoin’s price would take a further dip to as low as $1,500. Such a decline would mean a 70 percent drop from current market levels, while Bitcoin has already lost more than 60 percent of its value over the year. 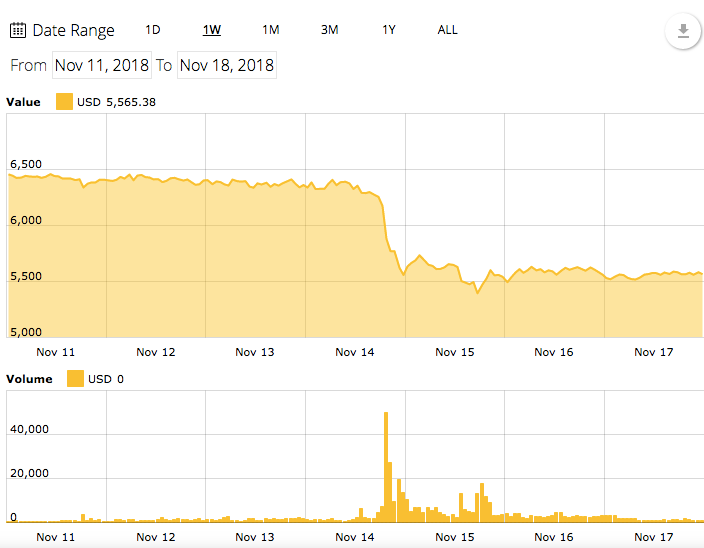 Ripple, which overtook Ethereum (ETH) in terms of market share on Thursday, Nov. 15, continues to hold its place as the top altcoin, with a market cap of $19.9 billion, while Ethereum’s market cap amounts to about $18 billion as of press time.

Ripple is also the leader in terms of daily performance, with its price up almost 6 percent to trade around $0.49 at press time. The coin is, however, still well below its price point of $0.52 before the market dip Nov. 14. 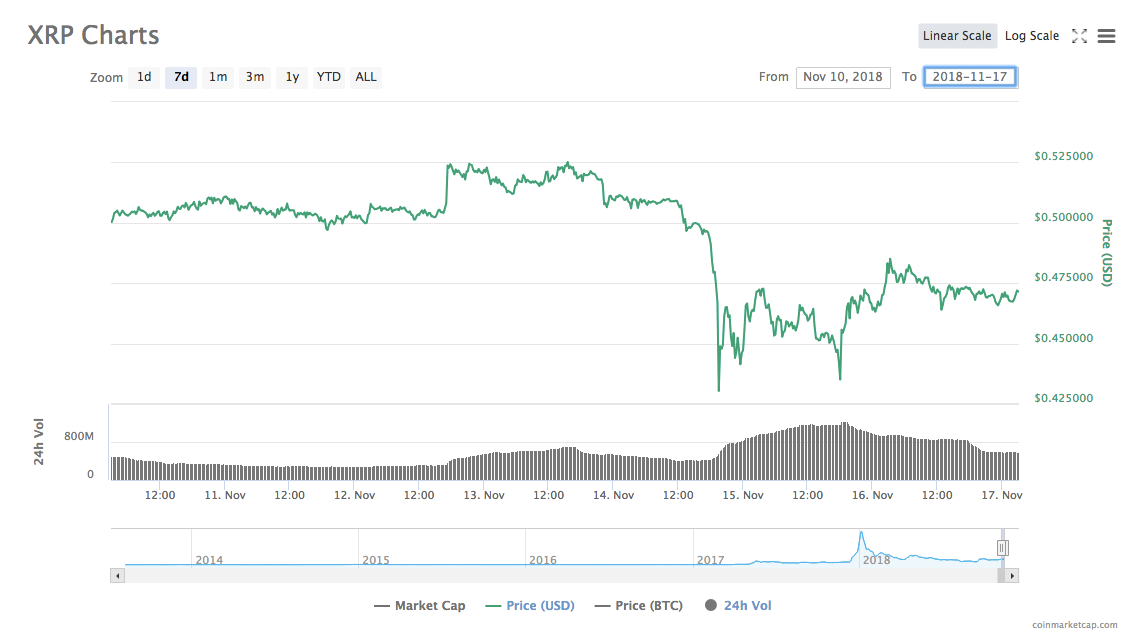 Ethereum has been hovering above the $170 price point over the day, down just slightly over the past 24 hours and trading at $173 by press time.

Total market capitalization of all cryptocurrencies is slightly on the rise, recovering from Wednesday’s drop and hovering around $183 billion. Daily trade volume has continued to drop, currently amounting to $13.5 billion after reaching $25 billion on Nov. 15. 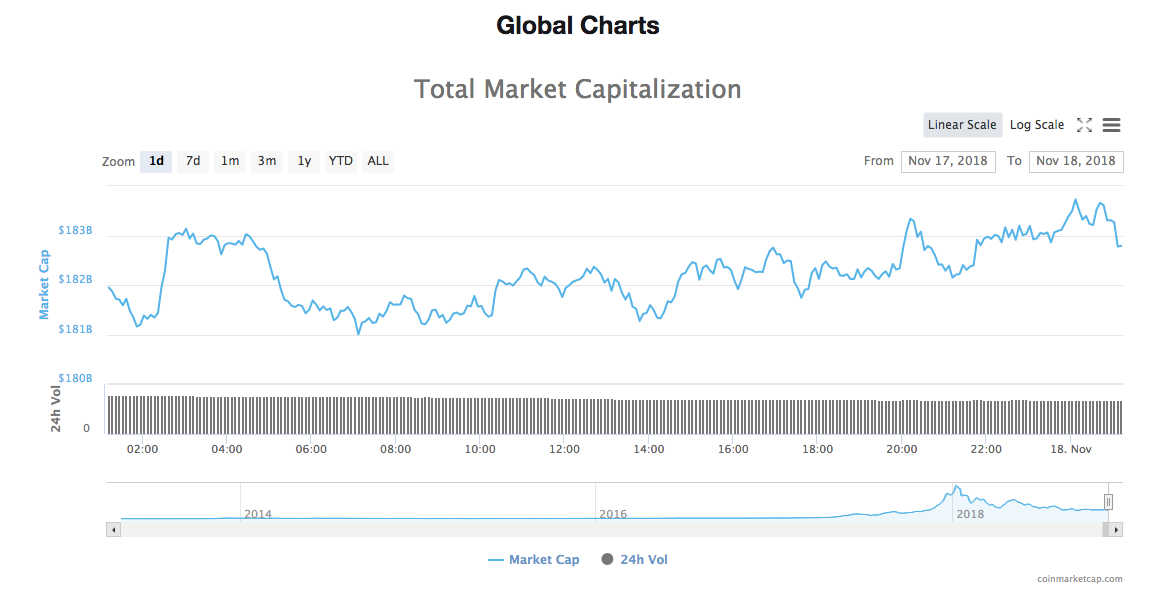 Recently, CoinShares CSO Meltem Demirors argued that one of the reasons the market has been seeing volatility this week was that institutions are “taking money off the table” in anticipation of Bitcoin Cash’s  (BCH) recent hard fork. Other industry experts agreed that the fork is causing uncertainty in the markets.

The Bitcoin Cash hard fork took place on Nov. 15, the day after crypto markets have suffered a notable decline. The update of the BCH network has caused multiple suspensions of Bitcoin Cash trading and withdrawals across global exchanges.

The protocol upgrade has divided Bitcoin Cash supporters into two groups who disagree about how the network should be updated – Bitcoin ABC and Bitcoin SV. According to BCH community-backed statistics website Coin.Dance, Bitcoin ABC is currently slightly ahead of SV in terms of hashrate and proof of work by press time.

Bitcoin Cash is seeing some of the largest losses across top 20 coins at press time, down 4.29 percent, and trading around $385 at press time, according to CoinMarketCap.

In a note to clients yesterday, Nov. 16, Wall Street analyst and cryptocurrency bull Tom Lee cut his end-year Bitcoin price target nearly in half, lowering it from $25,000 to $15,000.

11 Thoughts to “Ripple Continues to Rebound, While Most Major Cryptocurrencies See Mild Wave of Red”