Saturday, September 1: crypto markets are multiplying recent gains today, with 97 out of the top 100 cryptocurrencies by market cap solidly in the green, as data from Coin360 shows.

Bitcoin (BTC) continues to climb steadily over the $7,000 mark, seeing 2.52 percent gains over the past 24 hours, according to CoinMarketCap. Bitcoin is trading at about $7,216 at press time, up 7.2 percent over the past week.

The largest cryptocurrency by market cap broke the $7,000 point for the second time this week amidst news from the U.S. Commodity Futures Trading Commission (CFTC) reporting a decline in bearish positions for non-commercial Bitcoin futures contracts. 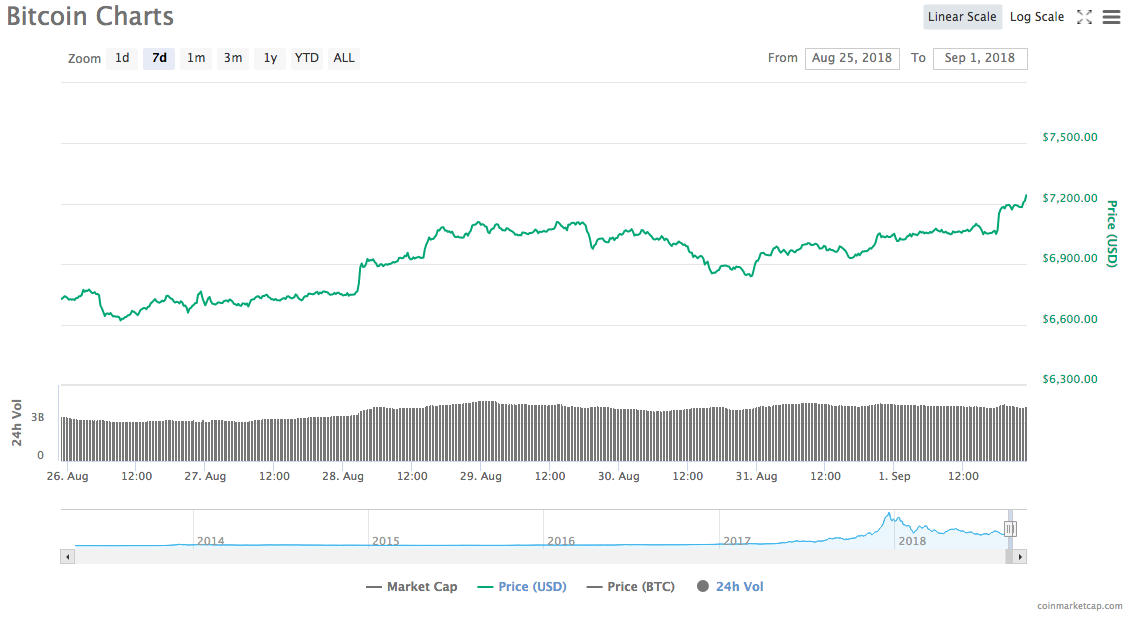 Ethereum (ETH) is grazing the $300 price point, trading just under it at $299.66, up almost 6 percent over the 24 hour period. The largest altcoin has, like Bitcoin, also seen about 7 percent growth on the week, though it is still facing 28.7 percent losses on the month. 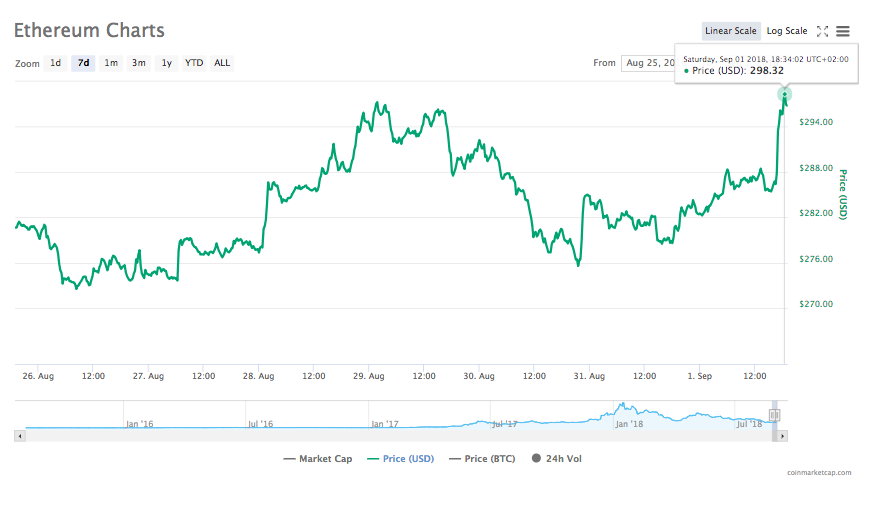 Total market capitalization of all cryptocurrencies has reached $238.4 billion point for the first time since August 8 and is continuing to grow, seeing a slight spike during the hours to press time. 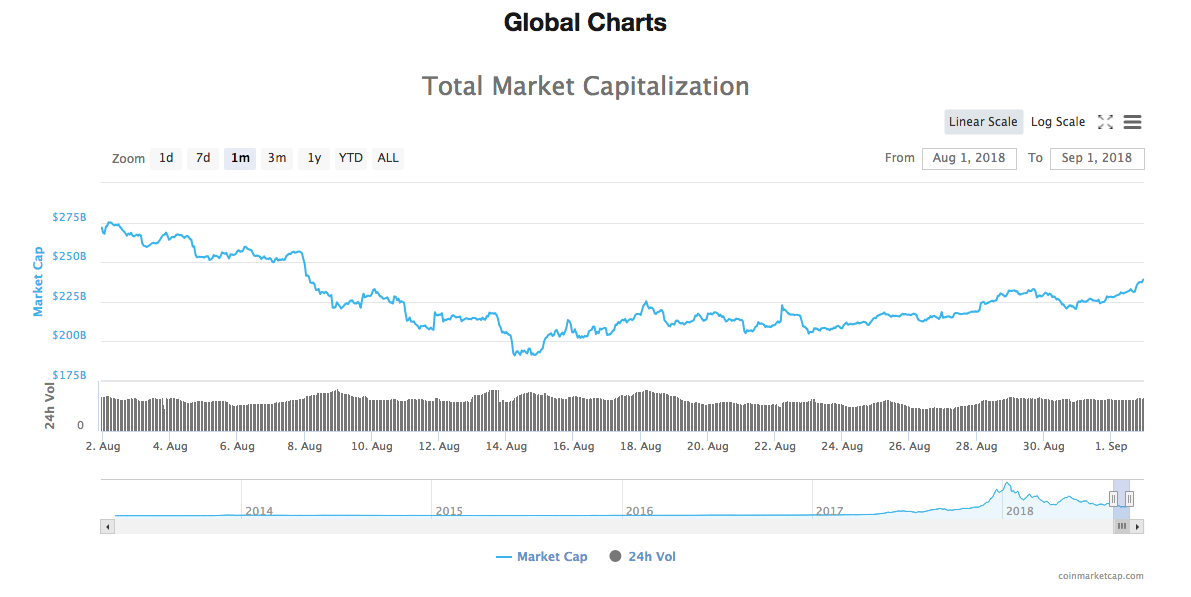 Of the top 25 cryptocurrencies, Dogecoin (DOGE) has seen the most notable growth, up a whopping 41 percent over the past 24 hours, according to CoinMarketCap. Altcoin Dogecoin has seen a significant upswing since August 30, up a stunning 135 percent in the past three days.

DOGE is currently ranked in 21st place on CoinMarketCap, trading at $0.0061 and with a market capitalization of $708 million.

To explain DOGE’s massive growth this week, commentators on Twitter point to an impending infrastructure development for the project dubbed Dogethereum, the demo for which is set to take place Sept. 5. The protocol refers to a smart contract that will act as a so-called bridge letting people move Dogecoins to and from the Ethereum blockchain.

In the top ten coins, Bitcoin Cash (BCH) and Litecoin (LTC) have seen the most growth, up 14.7 and 8 percent respectively.

The wave of green across crypto markets has increased as the reports surfaced that the Chicago Board Options Exchange (CBOE) is planning to launch Ethereum futures by the end of 2018.

Also this week, the central bank of India, the Reserve Bank of India (RBI), confirmed its plans to set up an inter-departmental group to evaluate the feasibility of issuing a rupee-backed central bank digital currency.

Earlier this week on August 29, Cointelegraph reported announced that Yahoo Finance was displaying buy and sell options for several major cryptocurrencies on its website. The company then confirmed to Cointelegraph that the new service will be only available on its iOS app and will let users trade cryptos including Bitcoin, Ethereum, Litecoin and Dogecoin on their preferred exchanges via an integrated third party service.

67 Thoughts to “Almost All Top 100 Cryptocurrencies Solidly in Green, Dogecoin Skyrockets Over 40%”