Wednesday, August 29: crypto markets are largely holding fort after yesterday’s strong upswing, as Bitcoin (BTC) continues to trade near the $7,000 price point and many of the top ten cryptocurrencies see negligible price change on the day.

While a number of crypto assets in the top 100 are seeing mild corrections, these are scattered and are not for now correlated as part of a market-wide downtrend, as Coin360 data shows.

Bitcoin (BTC) is trading at around $7,036 at press time, down just half a percent on the day, according to Cointelegraph’s Bitcoin price index.

The top coin yesterday broke through the $7,000 threshold for the first time since August 8, and is trading around $300 higher than just a couple of days ago, August 27. Today’s further consolidation caps a strong upward trend on Bitcoin’s weekly chart. 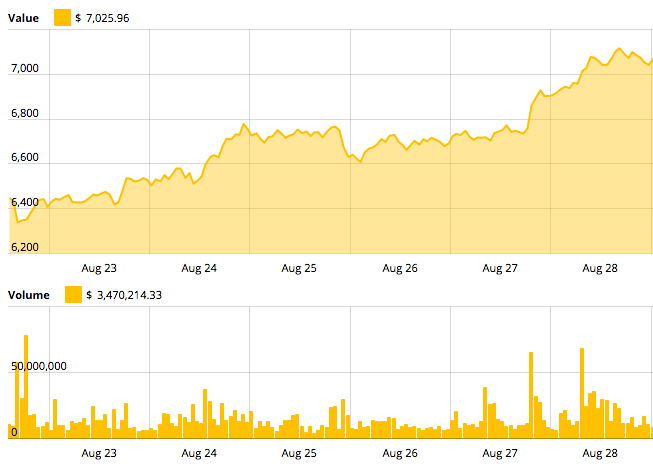 On the week, Bitcoin is now up a solid 5.7 percent, while its monthly gains are still down around 14 percent.

Ethereum (ETH) is trading around $296 at press time, up 1.8 percent on the day and coming tantalizingly close to reclaiming the $300 price point – which it last held August 20. Yesterday, August 28, the altcoin saw the first major upswing in price performance after a faltering week range bound between $270-280. Ethereum is now up a bullish 9 percent on the week; on the month, losses have closed down slightly to a still weighty 36.6 percent. 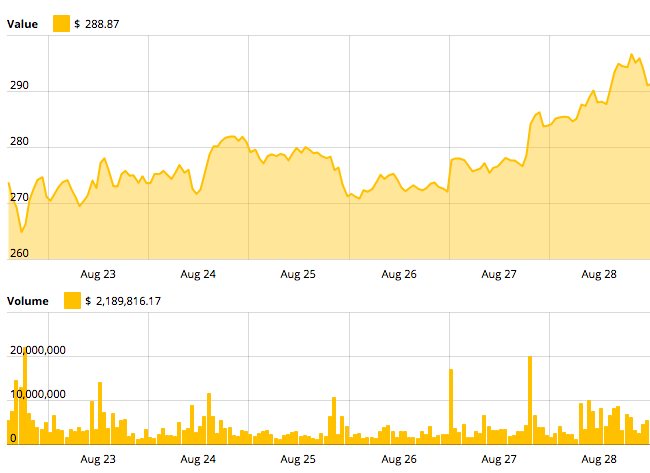 Most of the top ten cryptocurrencies are seeing negligible price changes between 0.5 and 1 percent on the day, largely holding yesterday’s gains.

EOS (EOS) meanwhile stands out from the crowd, seeing growth over the past 24 hours of over 12 percent. The other exception to the group is IOTA (MIOTA), up almost 8 percent on the day and capping two days of astonishing growth to trade around $0.75 at press time. 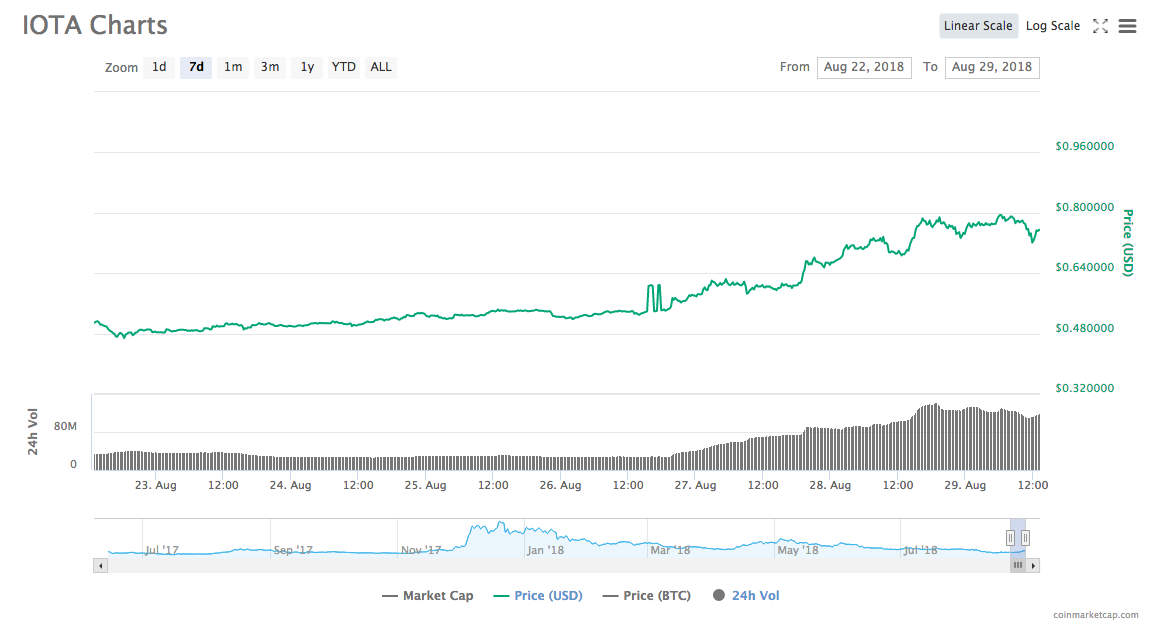 Among the top twenty coins on CoinMarketCap, corrections have hit several assets that saw a particularly sharp uptick yesterday. NEO, which yesterday shot up almost 16 percent, is now down about 3 percent to trade at $20.17. TRON (TRX), which also saw over 14 percent growth yesterday, today is down 4 percent to trade at $0.025 to press time.

Having outstripped all of the top 100 ranked cryptos yesterday to post gains as high as 27 percent, DASH, ranked 13th, has today however grown by a further 2 percent to trade around $190. 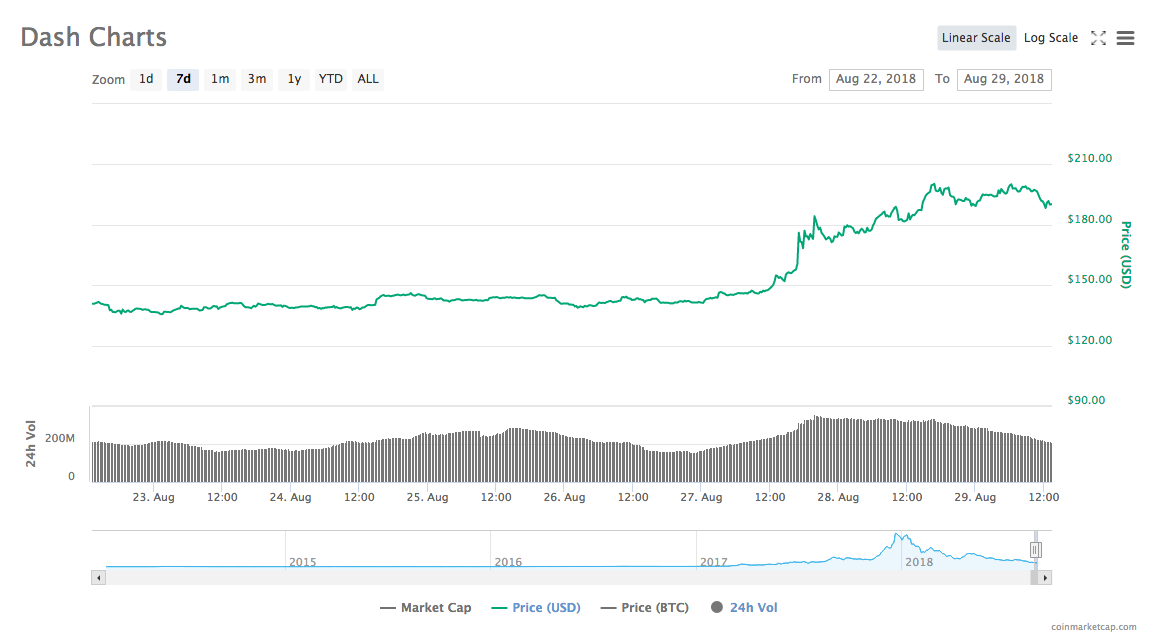 Total market capitalization of all cryptocurrencies is at around $229.2 billion at press time, losing around $4 billion from yesterday’s peak at $233.2 billion.

While market performance today may not have quite lived up to yesterday’s flush of green, Litecoin (LTC) creator Charlie Lee this week dismissed short-term price fluctuations as the upshot of “speculation,” stressing that long-term valuation is a truer measure of crypto’s success. He also suggested that bear markets are in fact a good moment for developers and the crypto community to buckle down to focus on technological development and “get stuff done.”

Meanwhile, a new study by U.S. crypto exchange Coinbase has revealed that 42 percent of the world’s top 50 universities have at least one class on cryptocurrencies or blockchain – with the U.S. emerging as a global leader in terms of crypto-education’s popularity.