August 6: Bitcoin (BTC) is making several attempts at breaking back above the $7,000 mark, staking its recovery after a sharp market tumble this weekend. Many major cryptocurrencies continue to see minor losses, as data from Coin360 shows.

Bitcoin (BTC) is trading around $6,974 at press time, down 1.17 percent on the day. The leading cryptocurrency has made several attempts to break above the $7,000 threshold, trading as high as $7,127 in early trading hours. These fleeting spikes failed to hold as of press time however, and the coin’s losses on the week now tally above 14 percent. On the month, Bitcoin is still up almost 5 percent. 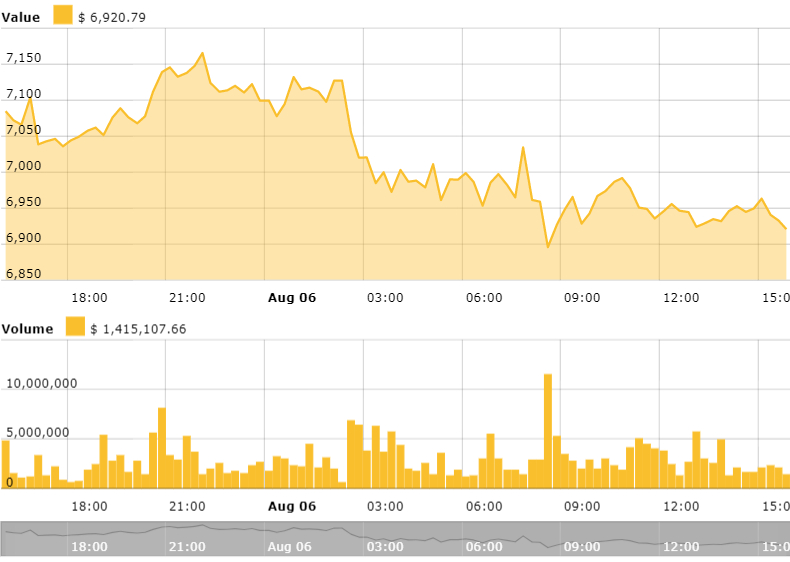 Ethereum (ETH) has seen negligible fluctuation on the day to trade around $403, despite several attempts at breaking to a higher price point early this morning. The top altcoin is still down over $50 in value by its weekly chart, equating to a 11.42 percent loss. Most of these losses were posted during a steep decline late July, with the asset subsequently trading sideways through most of August. On the month, Ethereum is down around 13.7 percent. 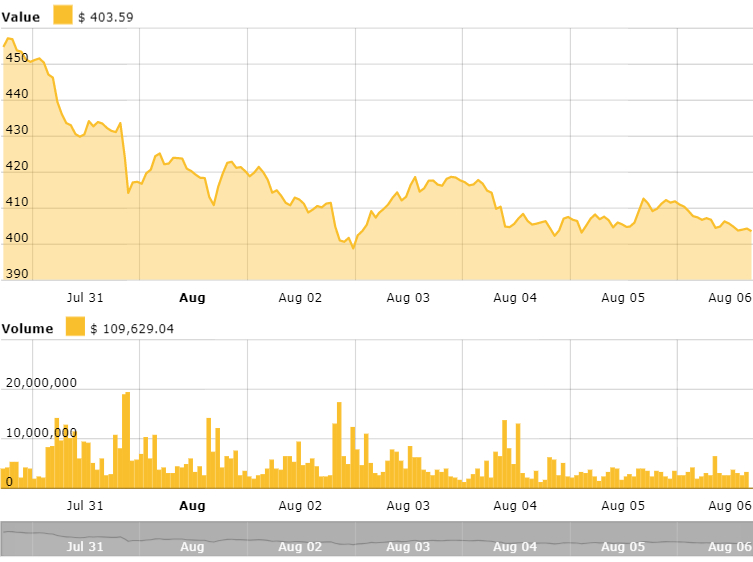 On CoinMarketCap’s listings, most of the top ten coins are seeing small fluctuations within a 3 percent range, with only IOTA (MIOTA) seeing a more significant price change, losing 6.5 percent to trade around $0.85 at press time. Yesterday, the alt decoupled from the wider market to grow over 7 percent, with an apparent retracement setting in today.

Cardano (ADA) and Litecoin (LTC) are trading stably at press time, both just edging into the red, with the former trading at $0.13 and the latter at $0.73 at press time.

Among the top twenty coins by market cap, Ethereum Classic (ETC) continues to claim further gains, up a further 6.3 percent on the day to trade at $18.44 at press time. The asset is still riding on positive momentum triggered by news of its imminent listing on popular U.S. crypto exchange and wallet service provider Coinbase, set for August 7. 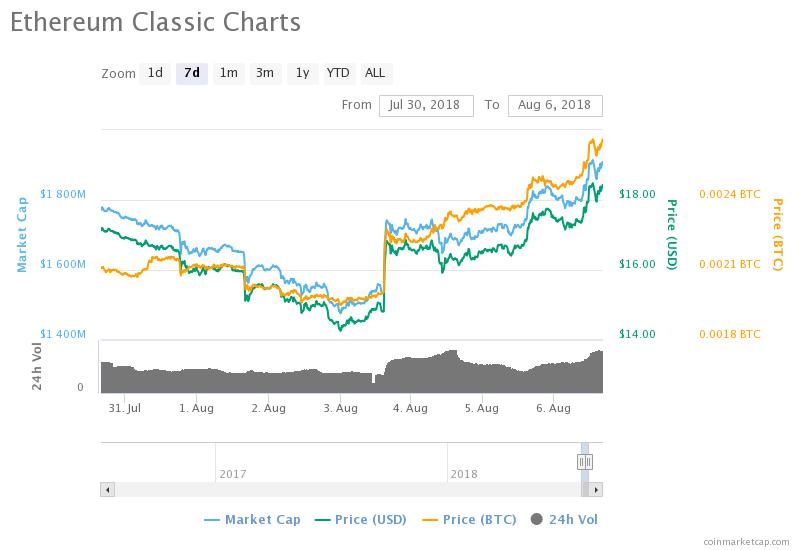 Total market capitalization of all cryptocurrencies is around $252 billion at press time, losing a couple of billion on the day, as sustained market-wide growth remains shaky. 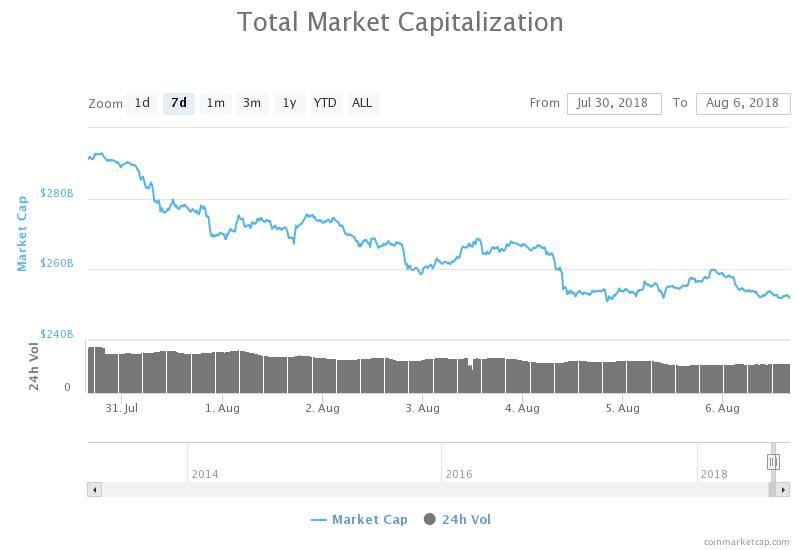 As markets continue to hover without conviction, prominent crypto onlookers are taking stock of the week’s news for the crypto space.

CNBC’s Ran NeuNer is anticipating a “huge” market rally amid major revelations from the Intercontinental Exchange (ICE) –– the operator of 23 leading global exchanges including the New York Stock Exchange (NYSE) –– that broke on Friday.

ICE has unveiled plans to create a Microsoft cloud-powered ecosystem for digital assets that will encompass federally regulated markets and warehousing and instant fiat-crypto conversion for merchants and consumer needs. Pending the green light from regulators, the NYSE operator will also offer physically-delivered Bitcoin futures contracts as of November.

Another sign of further institutionalization is the week’s news that Germany’s second largest stock exchange, the Stuttgart Börse, plans to develop a new platform for Initial Coin Offerings (ICO) as well as a multilateral crypto trading venue.

Ari Paul has also weighed in on strong signs of wider and diversified crypto adoption in a tweet yesterday:

“What is cryptocurrency used for?  First it was darknets and satoshi dice.  Then crowdfunding and trading. Now we finally have the tech and critical mass for P2P cash and gaming.  We’ll soon see crypto encroach on Western Union and PayPal and Pokemon.”